60c — Who Was Johnny Appleseed? 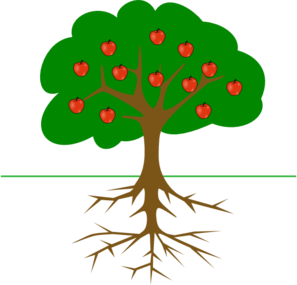 60c — Who Was Johnny Appleseed?

Johnny Appleseed Was a Missionary — When missionaries travel overseas, they often discover that along with spreading God’s Word, they also need to attend to their people’s physical needs by building wells, starting schools, and teaching agriculture. That is how it was for Jonathan Chapman back in the early 1800’s. He passionately reached out to westward bound American pioneers not only with God’s love, but also with another important need: apples.

To accomplish this, Johnny Appleseed (as he became known) went ahead of the wagon trains and planted apple nurseries. This way as settlers arrived throughout the wilderness in Ohio, Indiana, and Illinois, there were young apple tree seedlings ready for them to purchase and plant on their new homesteads. 1) Johnny Appleseed had a passion for apples and considered the apple blossom to be a “living sermon from God.” As a result, he bought parcels of land at strategic locations throughout Pennsylvania, Ohio, and Indiana to plant apple tree nurseries from seed. He fenced in the orchards to protect them from livestock and hired neighbors to care for the young trees in his absence. He would return periodically to check on them.

2) He did not believe in grafting apple trees which was necessary for producing sweet apples. The sour apples his trees grew, however, were highly desired by the settlers for producing apple cider vinegar (used for preserving vegetables) and hard cider (used for purifying water that was not always clean).

3) His appearance was rather odd. He was a small, slender man with endless nervous energy. He wore his black hair long with a thin ungroomed beard. His clothing was made of homespun fabric or buckskin hand-me-downs. He prided himself in his ability to tolerate pain and often went barefoot even in the snow. On long trips when he wore shoes, it was not unusual to see him walking about in a mismatched boot and moccasin.

4) Early on, Johnny Appleseed was recognized for wearing an upside down mush pot on his head as a hat. Since this did not protect his eyes from the sun, however, he discarded this style for a handmade pasteboard hat with a high front peak.

5) He was like a walking newspaper because of his frequent return trips to get more apple seeds from the cider presses in Western Pennsylvania. As a result, settlers welcomed him into their cabins anxious to hear what was happening in their home towns back east. When invited to stay and eat, Johnny would never take a bite until he was sure the children had the food they needed first. He was especially fond of giving young girls gifts of calico pieces and ribbons.

6) He was very eloquent and enthusiastic about the things he believed. As a result, many settlers were fascinated as he laid on the floor of their homes after a long journey and shared what he called “some news right fresh from heaven.” His message was usually a combination of Bible passages mixed with questionable teachings from the writings of a Christian mystic called John Swedenborg. The Beatitudes from Jesus’ Sermon on the Mount in Matthew 5 was his favorite Bible text.

7) Johnny Appleseed was a friend to Native Americans throughout the Midwest. These Indian tribes revered him as a great medicine man because of his strange appearance, his odd behavior, and especially his high endurance to pain.

8) He was a vegetarian and valued all life to the point of buying abused horses and finding kind owners to take them in. He was even careful to not kill insects. Overall, people remembered him as being a very kind, gentle, and generous man.

The above information is largely based on the first known printed material on Johnny Appleseed published by Harper’s New Monthly Magazine in November 1871. To read it for yourself, go to https://archive.org/details/johnnyappleseedp00hale

This jovial song produced by Walt Disney about Johnny Appleseed is one of my favorite mealtime blessings. Consider singing it as a prayer of thanks to God for all he provides for you.